Most people will agree that celebrities bring visibility, influence, credibility, attract more media attention, eyeballs and clicks than most other PR/marketing/advertising strategies. But before you dive into the celebrity pool and hire a celebrity, there are 5 things you need to know first.

If you are looking to hire a celebrity to do a social media campaign, you should likely aim for a celebrity who appeals to a younger demographic and who has a large social media following themselves. For example, for our client Toyota Motorsports – at one Toyota Grand Prix of Long Beach Pro/Celebrity Race, a Twitter chat was scheduled the day before the race among the participants so that they could talk to their fans about their race experience. Thanks to our Twitter-active celeb participants (who skewed younger than our non-Twitter active celebs), #TGPLB (Toyota Grand Prix Long Beach) became a worldwide trending topic during the hour-long session. It helped give their fans an inside look at the ins and outs of auto racing and gave Toyota amazing exposure as the title sponsor of the race. It also boosted interest for the celeb fans to attend the Grand Prix and see their favorite celebrities compete for the winning title.

With any spokesperson, when you hire a celebrity, you must be aware that your brand may be associated with that person for a long time, even past when your contract ends. For example, in 1997, William Shatner became the spokesman for Priceline.com, agreeing to do the spots in exchange for stock in the company. In 2012 Priceline decided to end the Shatner commercials stating they’ve decided “to go in a different direction,” and ended his long-running reign as “the Negotiator” by seemingly killing him off in a commercial where he is careening off a bridge in a travel bus. However, Priceline maintained its relationship with Shatner throughout the years in some form or another. In late 2021, Shatner (at age 90!) was part of a four-person crew who flew into space on the Blue Origin – Priceline took advantage of this exposure opportunity by offering its “biggest flight sale ever.” At the moment of the space launch, Priceline launched a 30-minute flight flash sale for the first 1,000 customers who booked an Express Deal with a minimum spend of $300.

Just because they have a huge following does not equal ROI

If you are trying to sell high-end products, before you hire a celebrity make sure that the celebrity’s audience matches who you want to sell your product to. Justin Bieber’s commercial for a watch brand that sells for over $2000 did not translate into sales because his audience is young women and not the young entrepreneur audience the watch brand really wanted to target. Even if his social media audience may be over 400 million followers, that does not automatically guarantee 400 million watches sold.

Celebrities care about more than just the money, so know their passions

Celebrities are people too. If a celebrity connects with a cause or believes in a brand and their goals and messaging, they are more likely to be willing to be associated with them. As an example, we recently approached a globally known actor to be in a TV and digital ad with the message focused on saving planet earth (and supporting farmers in that country). Even though the budget was a quarter of what he typically makes for this type of ad, he was interested in doing it because the ad message was very much in keeping with his strong environmental beliefs and support.

Conversely, it doesn’t matter if a high-profile energy drink company is willing to pay an exorbitant amount of money to hire a celebrity. If the celebrity lives an organic and holistic lifestyle, they will not associate with that brand simply for a paycheck because it would also tarnish their own personal brand and beliefs. Like any other job, celebrities are looking for longevity and would not want their brand tarnished in a way that could keep them from future projects.

When you’re trying to hire a celebrity for an endorsement deal, speaking engagement, PR/marketing campaign or special event, having the correct phone number or e-mail of their representative is usually not enough. Contacting, negotiating and working with celebrities requires a great deal of knowledge about the industry and an understanding of the current celebrity marketplace.

There are also specialized rules of protocol and strategies to employ when trying to hire a celebrity, not to mention the myriad of details that can make or break a project. And most importantly, having strong relationships with the celebrities and their representatives can save an immense amount of time, money and frustration!

A good Celebrity Strategist (like The Celebrity Source—forgive the shameless plug) knows what to do, what not to do, and can suggest ideas you probably have never thought of when hiring a celebrity.  Plus, a good strategist would be able to guide you to which celebrities are trending now, are up and coming, or what we lovingly call down and going. It’s important to involve your strategist in the planning process from the very beginning when thinking about hiring a celebrity.

Just as you wouldn’t hire a carpenter to perform knee surgery or a plumber to represent you in court, it doesn’t make sense to hire a celebrity on your own or trust another individual or agency who is not a specialist in this area. Hire a Strategist with experience and a proven track record of success.  It will save you time, money and lots of frustration in the end. 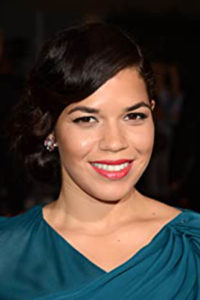